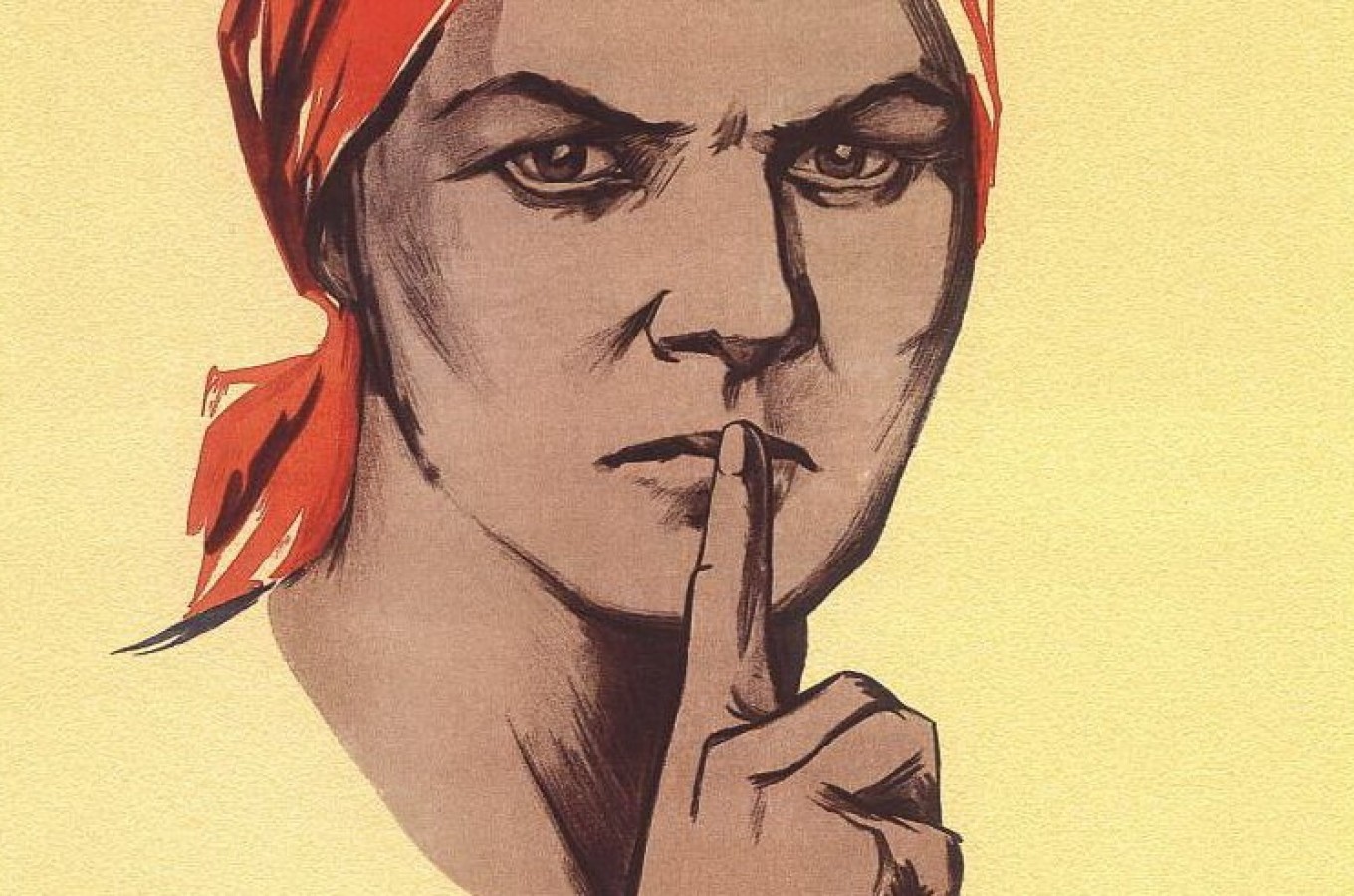 The Soviet economy didn’t ask how to get goods to the consumer. Instead, it asked how does the consumer find the goods? This article is a tribute to the wonderful ingenuity of ordinary Soviet citizens and the ways in which they tried to fix communism – by breaking it.

The Soviet Union represents one of the most daring and baffling economic experiments in human history. Building state communism turned out to be so tricky that even Lenin thought it wasn’t working out. What was it then? Presumably after a lot of drinking, somebody came up with the idea that you don’t need fancy pants concepts like “supply and demand” or “market equilibrium” to run an economy – instead, you could just guess what people might need and you know, wing it. 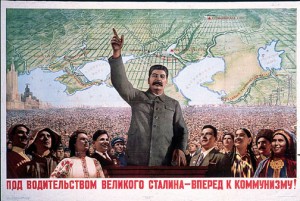 In Soviet Russia, the party plans you.

The result was a centrally planned economy. In a nutshell, there was a committee in charge of determining the economic goals of the USSR for five year periods called – somewhat unimaginatively – “five year plans”. The committee would figure out, for example, how many tons of televisions people might need and then fire away instructions at state-run manufacturers. To encourage productivity, metaphorical biscuits would be handed out to over-achievers.

As it turned out, micro-managing everything was not a great idea. The grander industrial goals outweighed consumers’ needs, deficit grew out of control and to contribute to the chaos, manufacturers would commonly misreport their production results to get ahead. So while the Soviet common folk were wondering where on earth all the ham had gone, the regime was busy with projects like “nuclear weapons hoarding” and “the Great Plan for the Transformation of Nature”, the latter amounting to little more than the catastrophic draining of the Aral sea: 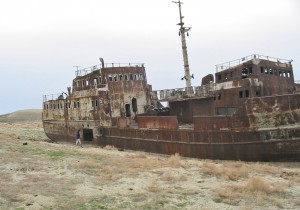 Pictured: The “Not So Great Plan for the Transformation of Nature”

What did the common people think of all these communist shenanigans? Well, firstly:

As a species, we’re not too keen on putting in effort if the reward is relatively small. Tell your child they can have a bucket of Ben & Jerry’s ice cream on the condition that they go and get it themselves, and that they can only buy it from a shop in another city. Most likely, they’ll take the money, promise to do as told and then proceed to get it from the absolute closest possible location.

Now, replace “child” with “regular Soviet citizen” and “Ben & Jerry’s” with “generally everything that is not required for immediate survival purposes” and you’ll end up with Soviet everyday life. Contrary to a popular belief, people weren’t starving all the time as they generally had access to the basic necessities. But getting stuff beyond the simplest everyday items amounted to a quest of epic proportions. A time consuming way of undertaking this quest involved slacking off work to try and find shops that might possibly have what you need and then queuing for hours to get it.

This is not an iPhone launch. This is the “fresh bread” launch.

When you put obstacles like that in people’s way, they’ll start behaving much like water by trying to push through any gaps. This resulted in…

2. A shadow economy of a massive scale

Unless queuing was your idea of spending quality time in fresh air, you had to hustle. 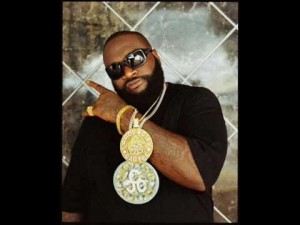 Hustling in the Soviet Union was far more intricate a concept than rolling down the street in a leopard skin Cadillac, lookin’ all fly. It involved all areas of life. Want to get a brand new fur coat? Time to rub shoulders with the shop assistant. Need to put your kid in day-care? Hope you know someone who knows a kindergarten teacher close to home. You might argue that having connections is good under any economic model, but would you need connections for buying pantyhose? No? Well, welcome to the Soviet Union!

I rarely hear the older people say: “hey, this one time I legitimately bought a radio”. More often than not, I hear stories of how somebody “acquired”, “secured” or “liberated” a particular item. These stories always involve some sort of a needlessly complex scheme of getting hold of a desired product. 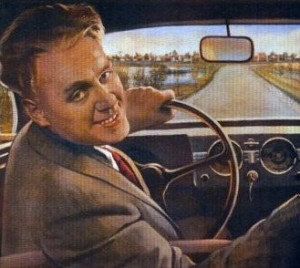 “Hey, want some sugar? No, really, I’m selling sugar. Meet me in the back alley at full moon.”

Because exploiting personal relations for obtaining stuff was not exactly legal, nobody knows exactly how many goods and services were exchanged within these unofficial networks. Tracking the shadow economy is also difficult because…

3. It was primarily a social system, not an economic one

While people did barter goods directly, the shadow economy was a little more complex than “you to me, me to you”. 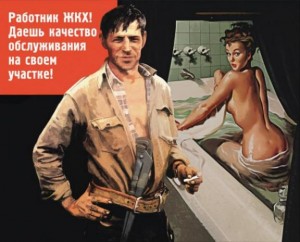 “I’ll fix your pipes if you’ll fix mine. Or you know, get me vacation tickets some time, that’s also fine.”

As anthropologist Janine Wedel put it in her study of communist Poland, you couldn’t just waltz into a shop and say: “I’m sure you could use some coffee – how about that leather bag?” This was not OK. You had to be smooth, talk about anything except what you want to get. Make friends – stay friends. Be cool. Do not look at the leather bag.

Why make friends? Because friends don’t let friends suffer communism. Generally, people didn’t see the shadow economy as a black market – it was rather seen as simply helping out friends and family. You’ve got a pal who can’t afford new skis for their child and you happen to work at a school? Just write off a pair of “broken” skis off the inventory list, place an order for a replacement and voila – everybody wins! With little effort you’ve done your friend a solid, their child’s happy and somewhere, a planning officer is left wondering why is it that Soviet skis keep breaking all the time.

Normally, people wouldn’t even charge their friend for favours because here’s the twist – when the time comes, they’ll have to help you – not because you have helped them, but because it’s moral to help friends. Not helping friends was seen as antisocial behaviour which could lead to the offender being ostracized.

To an outside observer, all this looks an awful lot like bartering. But the moral, personal aspect of “just helping friends” masked the economic nature of these arrangements.

4. Embezzling was not stealing (necessarily)

Look, nobody wants to feel like a criminal. Of course, when a store manager regularly siphons goods out to their friends and family, it looks less like “helping” and a lot like “stealing”. But Soviet citizens didn’t care much about semantics. As much as the official communist ideology condemned unofficial activities, it also offered an excuse for them.

One of the leading ideas of the Soviet ideology was that everything ultimately belongs to the people. So, if everything belonged to the people, but that everything was having a hard time reaching the people due to flaws in the planning system, then what’s wrong with giving the system a little push? How could you steal something that belongs to you anyway (kind of)? Sure, you might make a small profit on the side, but hey – what goes around comes around, right? 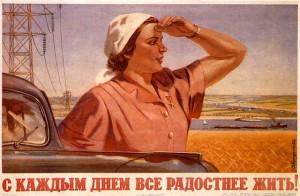 In Estonia, where anti-Soviet sentiments were strong, people found other ways of justifying their hustling. A relative of mine worked at a TV station where he used his technical know-how to build electronic devices out of components he’d acquire from his workplace (by breaking the station’s equipment) and selling these for a healthy profit. When I confronted him about what to me sounded like common theft, he’d object and explain he was not stealing – he was “undermining the Soviet occupation”. A weird modern day Robin Hood, he saw himself not as a hustler, but as a freedom fighter. A freedom fighter who just happened to make a healthy buck while, uh… freedom fighting? The great irony here is that as much as his activities subverted the Soviet system, they also made it work by satisfying the market’s demand. This is also why the authorities didn’t want to interfere with the shadow economy too much.

By the way, the whole selling electronics for personal profit thing might sound awfully familiar. That’s because…

5. The Soviet Union had private businesses (sort of).

Selling things for personal profit wasn’t legal, but what’s a totalitarian regime to a natural born entrepreneur? That’s right – a challenge! The Soviet Union allowed for some private market activity in the late 1980’s, but even before that there were people who just couldn’t miss a good business opportunity.

I have a family acquaintance who worked as a truck driver, ferrying wool from one place to another. Soon enough, he learned that he could make a few extra rubles on the side by embezzling leftover wool to the “private sector”. One thing led to another and in a couple of years, the wool operation had grown to include dozens of handlers across five different countries. Effectively, he was running a multinational enterprise – inside the goddamn Soviet Union.

He did ultimately land a few years in prison as it became harder and harder to hide his rapidly growing wealth, but the point is this – life finds a way. Over-regulation with artificial boundaries doesn’t work, particularly when these boundaries clash with people’s expectations of normalcy.

As for the self-made wool tycoon, he started his next business venture before he even left the prison.

For a full list of stuff embezzled in the Soviet Union, join the Traveller Tours guides on their daytrips and walking tours.