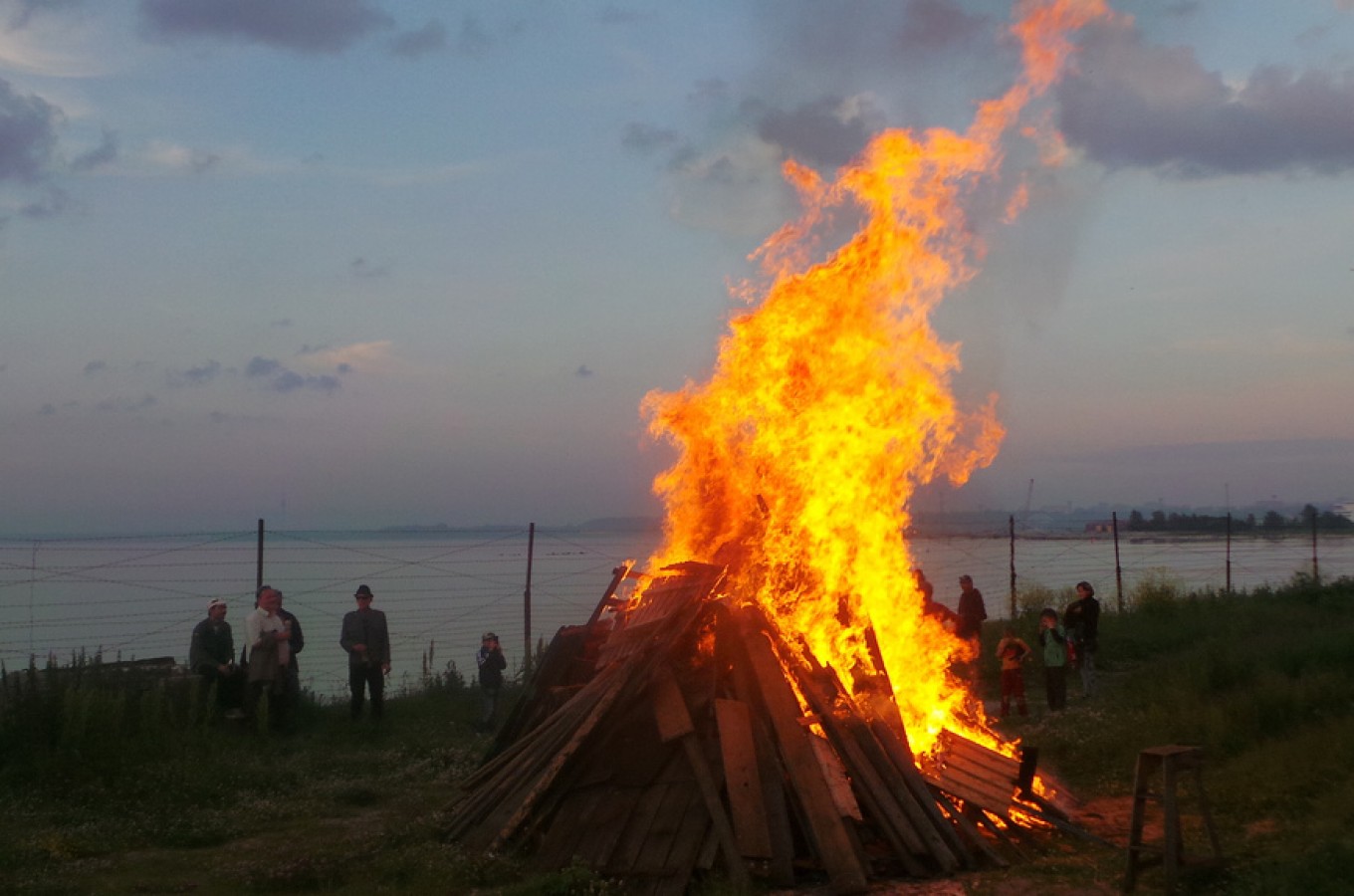 It is the evening of 23rd of June. Tallinn is empty. The streets look like a scene from a post-apocalyptic movie. The only thing missing is tumbleweed or Nicolas Cage. Or both. And this repeats every year. Tallinn and the rest of bigger towns and cities look even more like ghost-towns than they did before as every Estonian has magically disappeared. Where did they all go? Why? What can you do in Tallinn at the time they are not around?

What is Midsummer’s Eve and where are all the Estonians? 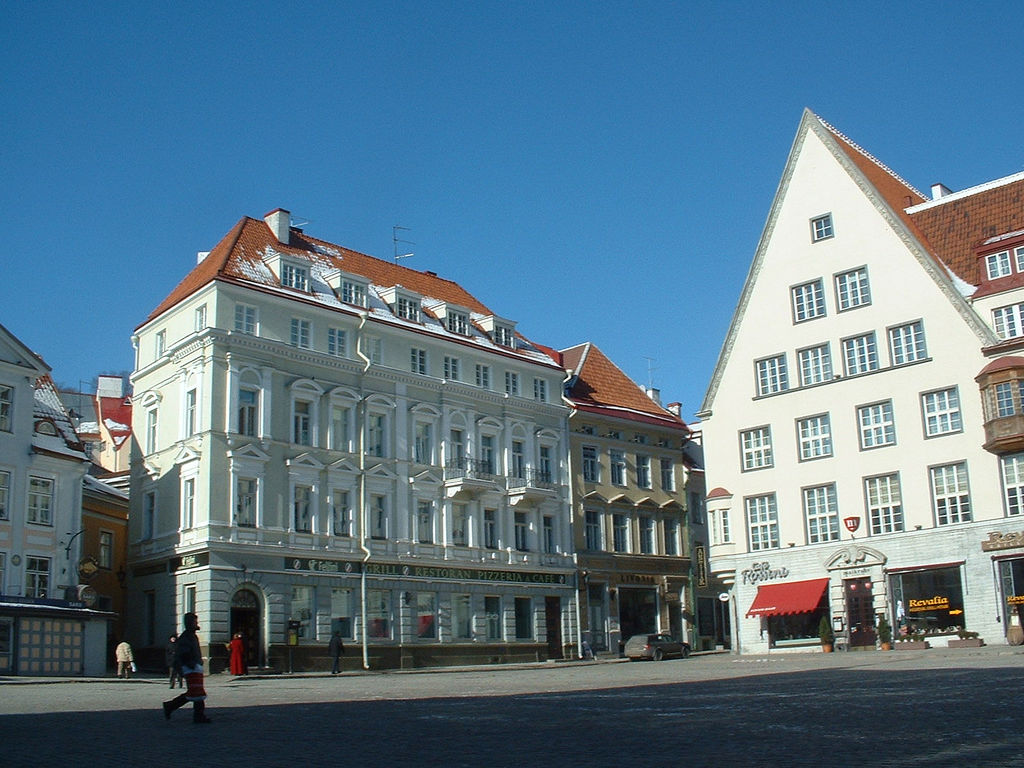 Midsummer’s Eve is a holiday celebrated in quite a lot of countries that aren’t warm or close to the equator. In Estonian, it is called Jaanipäev – St. John’s Day in translation. The holiday has roots in the pagan calendar as this is the time when nights start getting longer again. The Midsummer’s Eve is the longest day of the year, in Estonia the Sun almost doesn’t set at all. This is the second biggest holiday of the year after Christmas. Jaanipäev is also responsible for different sorts of drunken mischief and adventure because it is the biggest party of the year.

Estonians try to pack up a survival-kit consisting of beer and miscellaneous meat-products and head for the woods. Every Estonian has a summer-house or a friend with a summer-house and they need to visit it once a year, at Jaanipäev.

This year, the Midsummer’s’ Eve celebrations last a lot longer than normally, as 23rd of June, which is the Midsummer’s’ eve, is a Monday, everyone heads for their cabins on the weekend already, hopefully making their way back to civilization by the evening of the 24th. We have conveniently made the 24th of June a national holiday to make sure we can have our hangovers in peace (side-fact: Estonia also won a battle in the War of Independence on the 23rd of June, so it is called the Victory Day).

What are the Estonians up to in the forests? 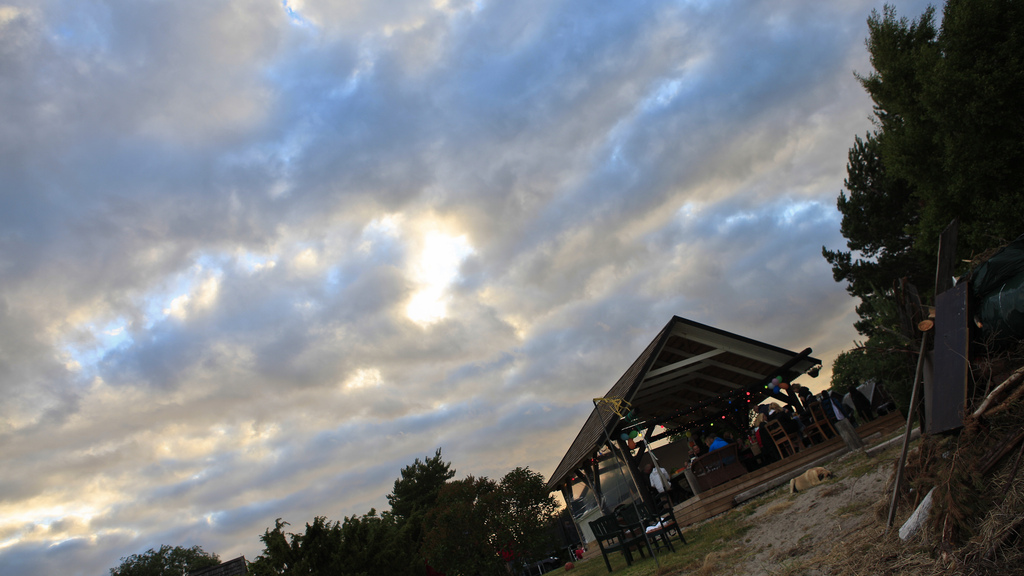 The main Estonian activities for the holiday is drinking beer, using so much mosquito-spray your clothes will be highly flammable and having a barbecue. Radio stations that are avoided most of the year and that play Estonian songs are put in the background. At the darkest time of the evening, Estonians go wander in the forest and look for glowing worms. No idea why, but they look cool.

It is also a common tradition to look for a blossom of a fern at Midsummer’s’ Eve to have good luck in romance. Nobody ever finds one, which is the sole reason why the population of Estonia has been on a small yet consistent decline for years. Another weird tradition is to light a massive fire and force someone named Jaan to jump over it. If Jaan makes it across the fire, everyone will have good luck. Everyone named Jaan avoids crowds and fires on this day.

The most beautiful part of Jaanipäev is of course the weather. It will definitely be constantly raining, forcing the Estonian to build a weird and sad plastic „roof“ (using the term very loosely) over their fire. Estonians will never retreat from the grill, there could even be a hailstorm, but Estonians have a national pride that forces them to stand in the cold wind with wellies and a shashlik. The Sun almost doesn’t set on this day, this is actually really nice, despite the definitely happening rain.

What can you do in Tallinn?

Only the biggest shopping centers and supermarkets are opened, so don’t get your hopes up about shopping and souvenirs. Small places are opened for shorter times or not at all on June 23-24.

A fun way to spend the day is taking a day trip with Tallinn Traveller to get outside of the capital or renting a bike from Citybike to ride through the city and see some beautiful sites.

Bonfires, concerts and other activities 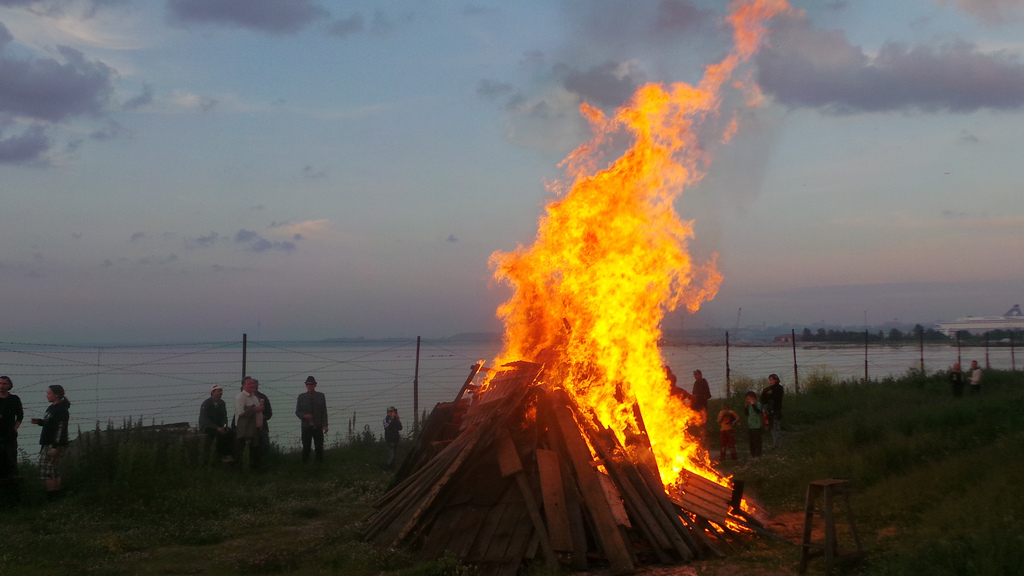 There are some Midsummer’s Eve events happening in the city on the 23rd of June:

The Open Air Museum in Rocca al Mare is known for their extensive Midsummer’s Eve program. The evening starts at 19.00 and is accompanied by little accordions,  other types of music and dancing, bonfires and all sorts of typical family-oriented fun from games and handicrafts to concerts and lottery.

2) The hipster option: The Patarei Prison 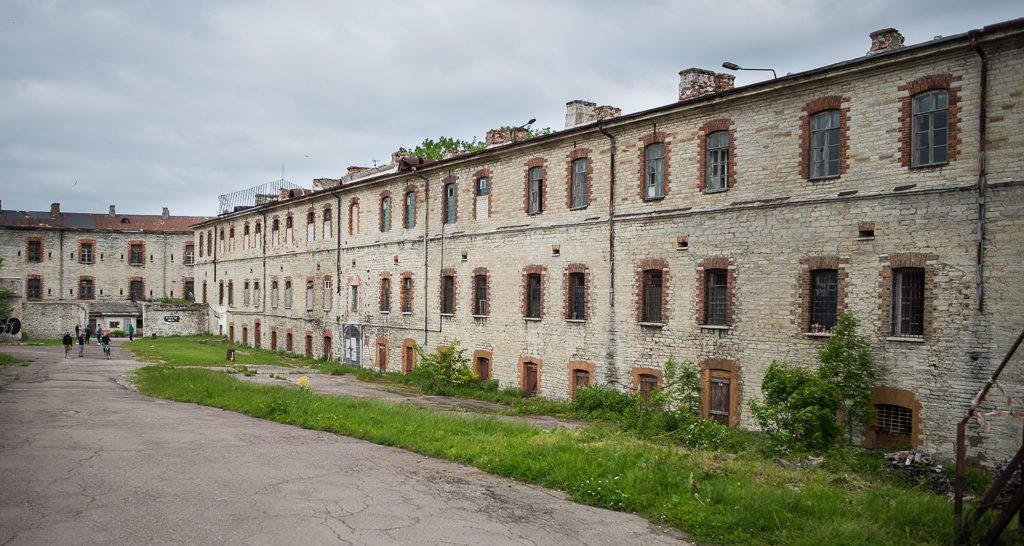 It cannot get more hipster than a prison-rave. Patarei prison is notorious not just for being a horribly inhumane prison, but also for shortly after closing the prison, turning into the hottest hipster party-spot of Tallinn. The prison has held a rather laid-back Midsummer’s’ Eve bonfire event for a few years now.

On Midsummer’s’ Eve, the prison opens its doors at noon already with different activities, for example live performances as well as trampolines and ATVs for children, as well as excursions in the museum part of the prison. The interesting hipster part will happen in the evening, as the bonfire is lit at 22.00, the more time passes, the more weird and alternative it will get.

The event is free. There is no public transport to the prison, you either have to walk or take a taxi. The Patarei prison is only about 15 minutes away from the Old Town by walking.

3) The quite-possibly-too-local-to-comprehend option: The Kalevi Concert and The Nõmme Bonfire 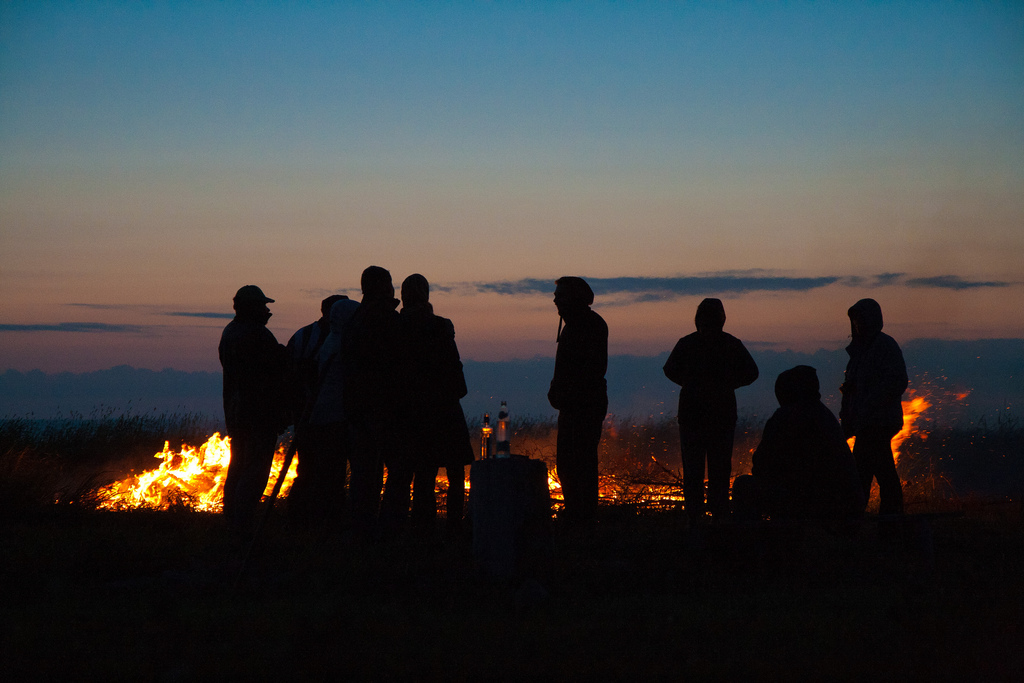 These two events are for adventurers. Not because they are dangerous or even exciting, actually. These are just as local as bonfires in Tallinn can get. At both of the events, you will see bad Estonian pop-bands sing schlager songs with Estonians singing along. There’s way too much beer and way too big of a fire and it is all most possibly accompanied by bad dancing. It is exciting.

The Kalevi Concert is held at the Kalevi stadium and has different Estonian bands performing. And there is a trampoline. Every Midsummer’s’ Eve party has a trampoline and sees this as necessary info to write into advertisements. Nobody knows why. Getting to the Kalevi stadium: Buses 17 and 23 from the Freedom square will take you there. Just make sure you are across the street from the square. Get off at „Püssirohu“ stop and you will find the stadium.

The Nõmme bonfire offers local pop and rockstars who are forming a special band just for this event. The band will probably sing bad Estonian songs that every local can sing along to. There is also another Estonian band with repertoire from the 70s that everyone will sing along to. The tickets are 12€/8€ and it is all happening at Külmallika 15a. Getting there is a little bit difficult, however. The only public transport option is taking bus 23 from the Freedom Square to „Trummi“ stop and then asking around confusedly for the Nõmme sports center. Or getting a taxi, that is always an option.

If you cannot find a local to invite you to join them in the middle of nowhere (this takes perfect persuasion skills), I hope this list helps you out when all the museums and shops are closed.