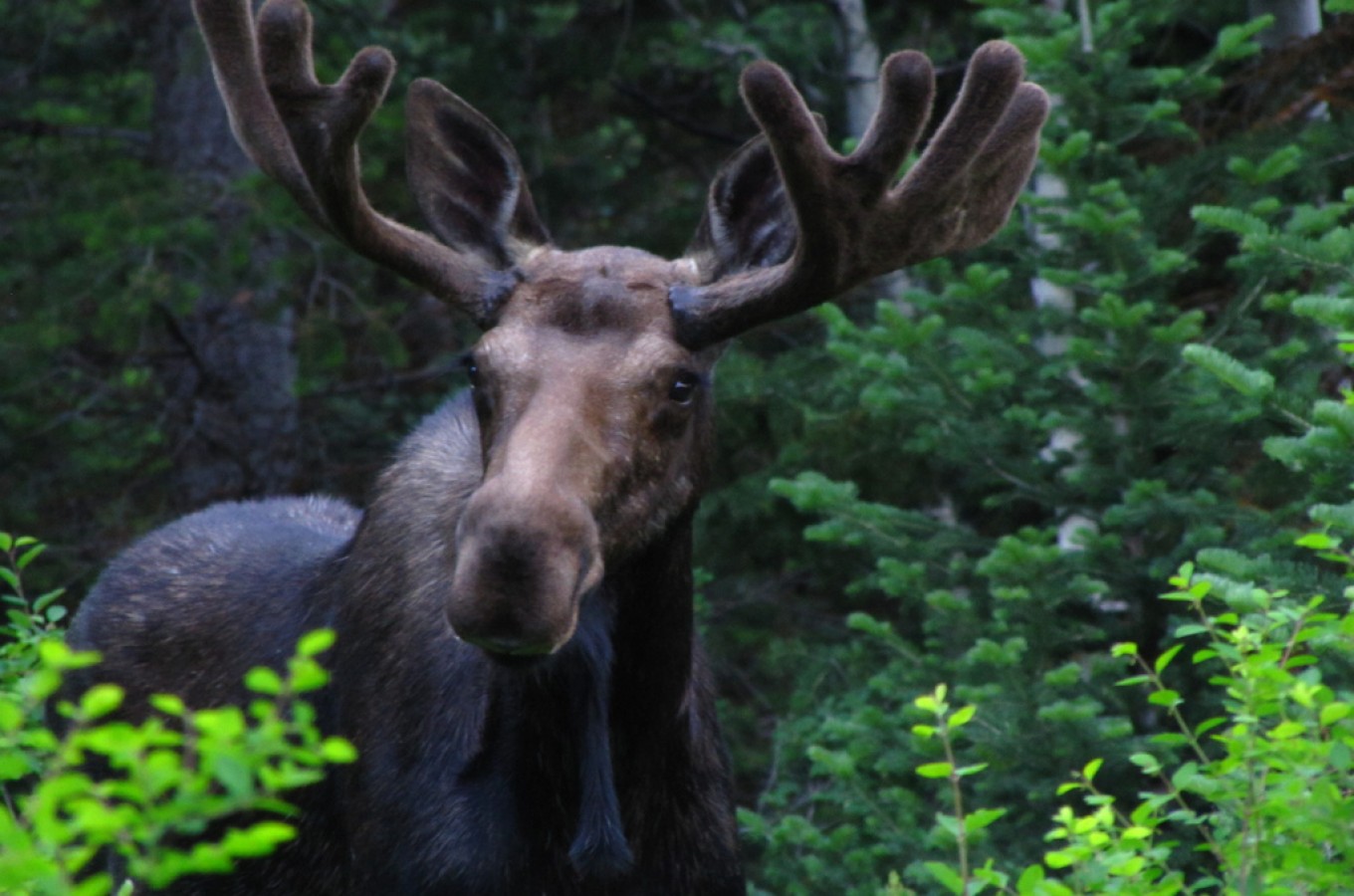 Animals love Estonia. With a sparse human population, the Estonian countryside offers plenty of shelter for all kinds of wildlife. If the situation persists, it won’t be long until animals start demanding emancipation.

Estonia has 64 species of mammals and 300 recorded species of birds. We also have two and a half species of snake – the slow worm is kind of a semi-lizard and thus doesn’t count (sorry slow worm). Below is a short list of a few creatures you might come across when travelling around Estonia. Again, sorry slow worm, but you didn’t make the cut.

In terms of scientific accuracy, this list would probably not pass the National Geographic editorial board, but we’re a tour company so yeah, hey, let’s go: 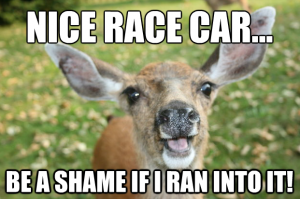 Dangerousness: will wilfully run into anything

I’m actually filing two different species (the red deer and the roe deer) under one entry here, as they both have their mind boggling stupidity in common. Their only purpose in life seems to be carrying out suicide attacks against cars for some hitherto unknown cause. They seem constantly perplexed and take a good few seconds to think whether to react to even the most obvious threats.

But they have the Bambi-factor, so they’ve got that going for themselves, which is nice. 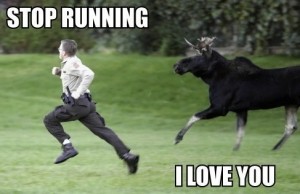 Dangerousness: will destroy anything smaller than a tank

Rarity: as common as free Wi-Fi in Tallinn

You won’t realize how big these things are until you see one. Moose can exceed two metres in height at the shoulder. They’ve got a ridiculous stride but you wouldn’t dare mock them in person. The moose (like all wildlife) avoids human contact, but can react unexpectedly when startled. And hell hath no fury like an angry moose. 1,000 pounds of instinct driven momentum heading your way is no laughing matter.

Like the deer, the moose are kind of cute, but have a droopy lip which makes them look a little sad. 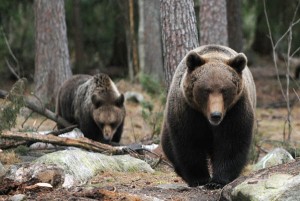 Dangerousness: capable of a beatdown, held back by lack of confidence; self-esteem issues

Rarity: generally hidden, asleep for five months out of twelve

Unlike the North American brown bear, the Eurasian brown bear is a respectful creature. It wants nothing to do with humans and will avoid them if it at all can.  This is great news for the village folk, though frustrating for nature enthusiasts. Despite bears being softies, should you have the good fortune of seeing one in the wild, your first reaction should absolutely in no way be to try and pet it.

Contrary to the popular belief, bears can’t prevent forest fires (but you can). 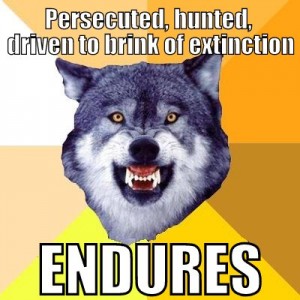 Rarity: appears at the frequency of cataclysmic meteorite impacts

If you were on a walk in the woods here and saw a “weird dog”, it’s probably a wolf (or you know, an actual weird dog). In all seriousness wolves are rare, numbering around two hundred at the best of times. They don’t mix well with other animals and seem to insist on eating them, which is why we keep their numbers under control – with guns. Still, because of their inherent wolfness, they’re refusing to leave for a safer place. 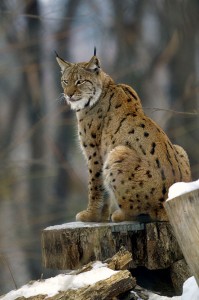 Rarity: as rare as a world famous Estonian

The lynx is the only big cat in the Estonian woods, though it’s more “housecat” than “tiger”. What it lacks in a tail, it makes up for with pointy, fluffy ears. Looking like a creation from Mother Nature’s surrealist phase, the lynx, frankly, looks a tad awkward. Out of sympathy (and because it looks like a tiny lion), we’ve agreed on not shooting them (too often).

P.S. The Latin name for the Lynx here is lynx lynx lynx, which sounds less like a species name and more like a Mötley Crue single.

In case you don’t speak Estonian, the link above describes the Estonian army’s war against beaver dams to protect our economic interests.

Beavers are the humans of the animal kingdom. They are capable of modifying their surrounding environment through complex engineering of dams. They do so with gross disregard to other species (that is, us) by flooding large swathes of dry land. They also cut down perfectly healthy trees just so they can nibble on the bark and branches. Why? Because they don’t give a dam. Ahaha-ahah-ha. Ahem. 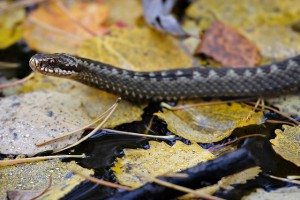 Rarity: I keep stepping on them

In pre-Christian times, adders were considered good luck charms for households, presumably until the first time someone allowed an adder to babysit. These days, people are rather wary of them, though in the snake world, being an adder earns you no respect. Getting bitten by one amounts to the effect of drinking a couple of pints of beer. So they’re like free beer. Honestly, I have no idea why people still go to pubs. 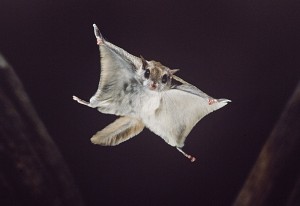 I AM THE NIGHT!
Source: animalspicwallpaper.com

Dangerousness: Cute from above

The flying squirrel earned me my first suspension in pre-school, for calling my biology teacher a “filthy liar” upon learning of this elusive creature. It’s an animal too silly to exist. Think Batman, but with a fur coat. Regular squirrels spend their days climbing trees and collecting food. The flying squirrel went one step further and grew wings between its fore and hind legs. Maybe one day, when disaster is at hand, it will come gliding effortlessly to our aid. It’s the hero Estonia deserves (though probably not the one it needs). 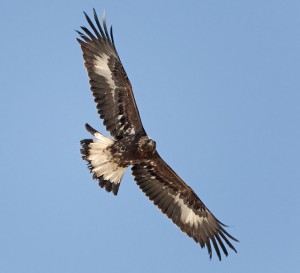 Dangerousness: only if you’re a terrorist

Rarity: Appears only when terrorism is happening nearby

Nothing says “FREEDOM” like the sight of a mighty eagle soaring through the skies. Undoubtedly the most patriotic creature in Estonia, and the world. 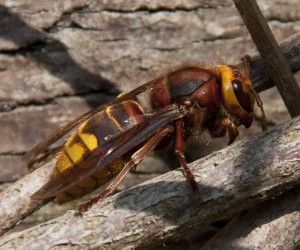 Dangerousness: OH DEAR LORD WHAT IS THAT I DON’T EVEN!!!

Rarity: WHY IS IT IN THE HOUSE GET IT OUT OF THE HOUSE!!!

Few men can retain their composure when coming face to face with this flying Goliath. And if you do, it’s OK to cry like a little girl. They look like wasps on steroids though curiously – and unlike wasps – they are relatively passive. A wasp will pick a fight for no reason, but angering a hornet would require a conscious effort. For us humans, the best survival tactic is to stay out of the hornets’ way and bow down to these insect overlords.

P.S. if you do manage to get stung by one, it’d probably be a good idea to seek medical attention. Quick.

Lucky tourists have seen some of these animals on our Traveller Tours Lahemaa and Paldiski Day Trips. 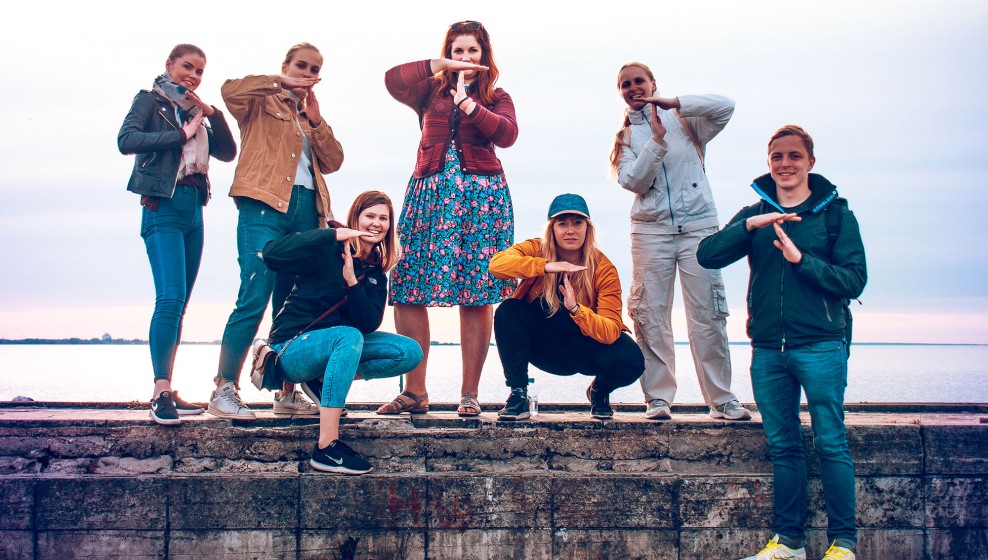 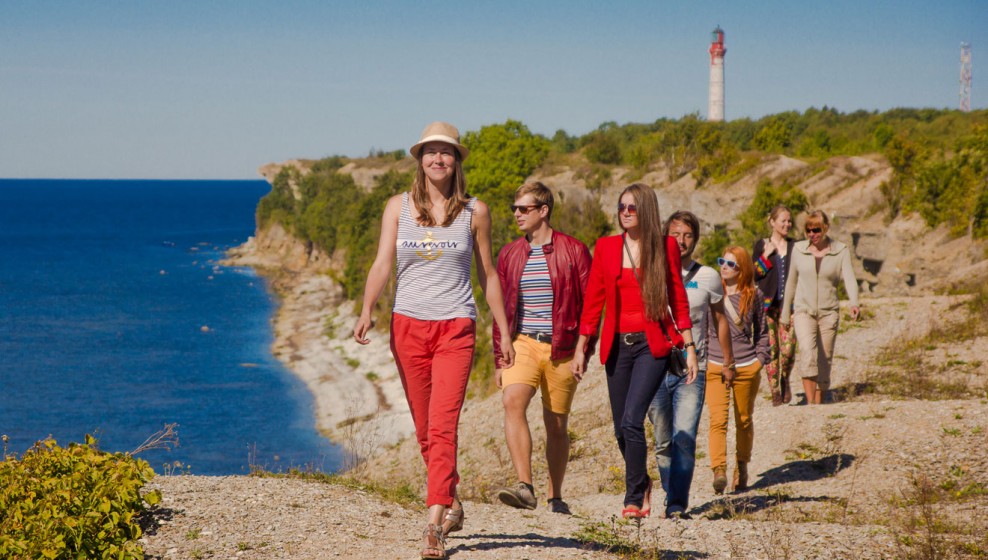